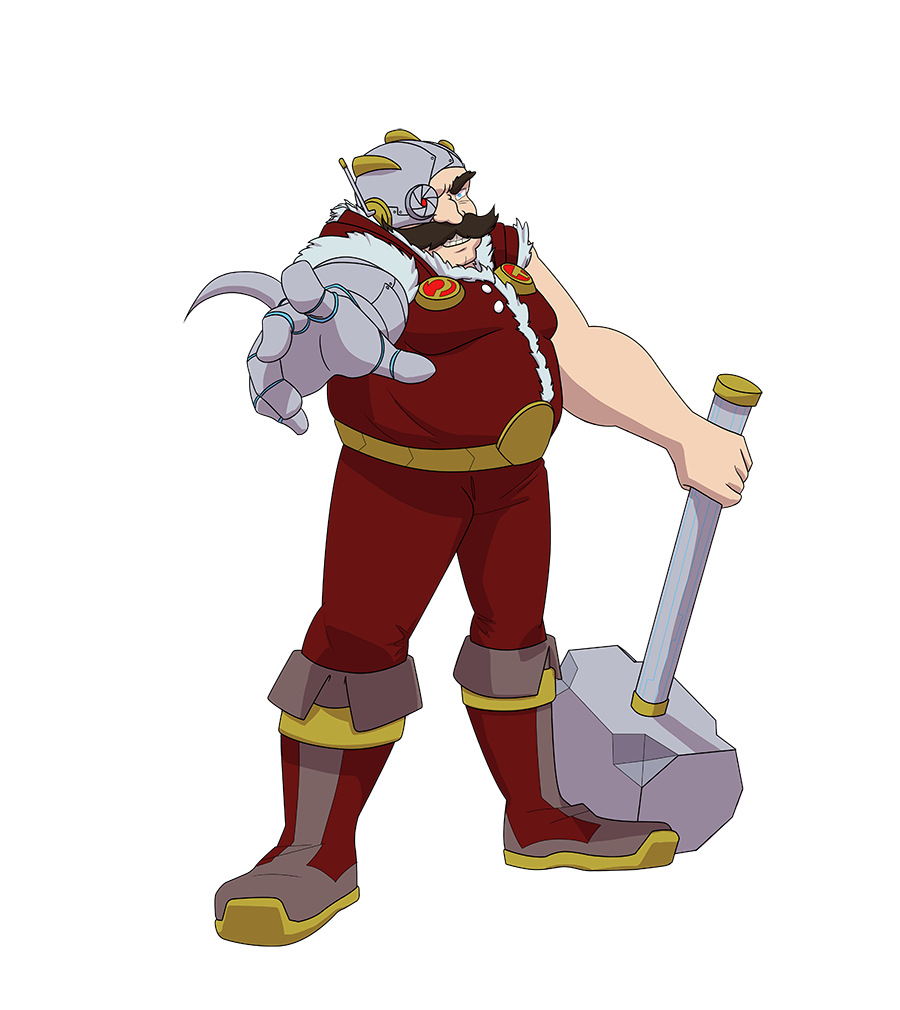 “Comrade” Cedric Yancey Borgg hails from another world (that he lovingly refers to as “Mother Russia”), in which he was a brilliant scientist with a penchant for robotics and spiny mammals. Borgg spent the greater part of his life chasing an ideal known as “The Singularity” in which man and technology become one and the same. However, his wildly unsafe experiments required living subjects, and he was soon unable to find any volunteers.

Comrade Borgg refused to give up so easily. Using his own body as fodder, he finally made the breakthrough he had been working toward. He was absolutely right about the potential of merging humans with machines, but he did not expect the computers to take over his mind and body in the process. Borgg now focused on one goal: “perfecting” the world through destruction.

Before he advanced too far into his schemes, the heroes of his world threw Borgg into a dimensional rift that serendipitously landed him on Planet Fred. Now he sets his sights on perfecting this world, starting with breaking the will of the people…

THE GREATER GOOD: The first time each turn that Comrade Borgg Exploits the Land to place a Map Tile that does not contain a village, he may take 1 token of the Basic Resource on that tile from the General Supply.