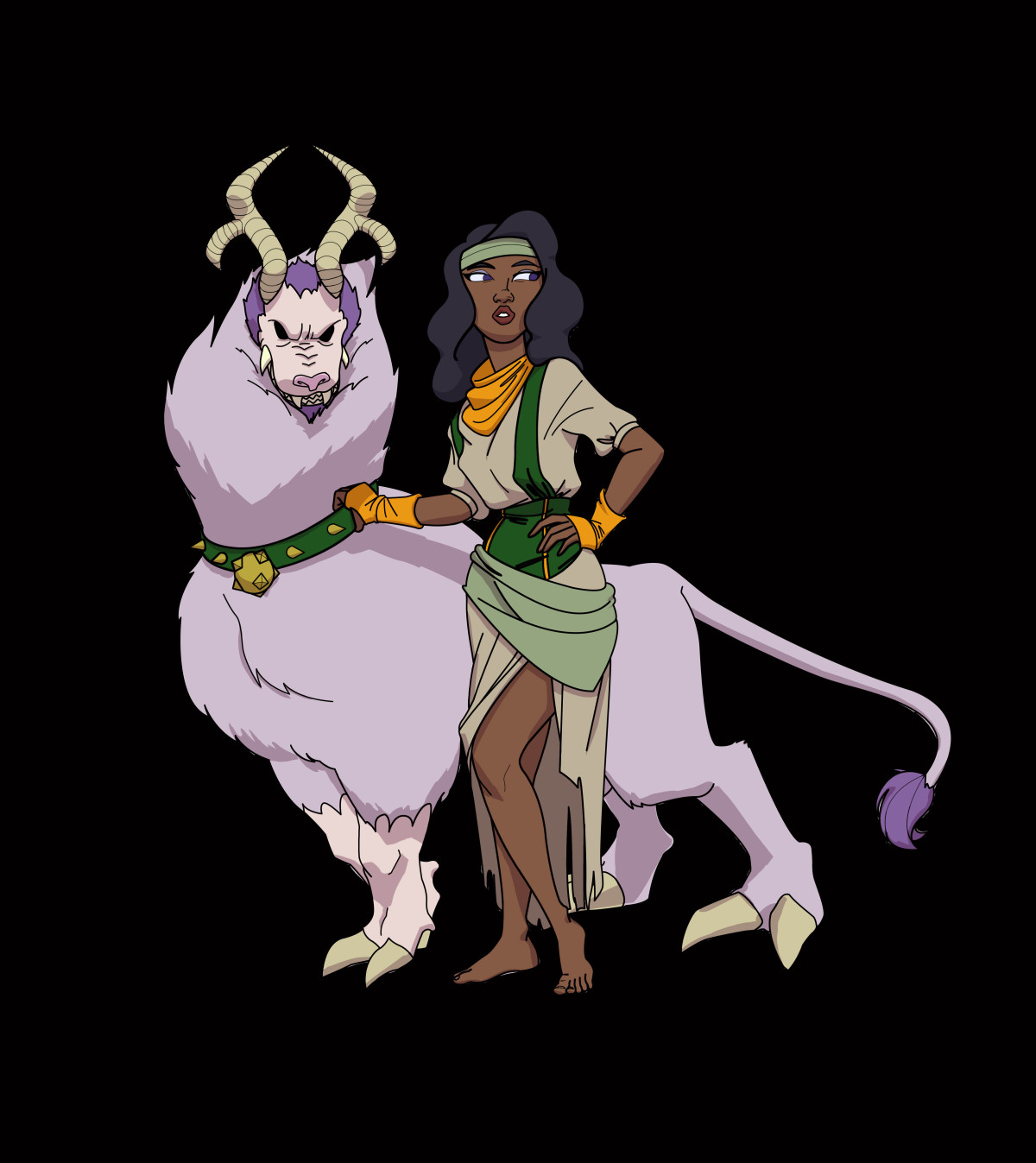 “The mysterious stranger known as the Dark Shepherdess is an enigma wrapped in a conundrum. No one knows where she comes from, nor has anyone heard her speak. About all that is known about her is that she wanders from village to village with her pet Chupacabra, (affectionately named Chewie) and somehow compels any and all animals to follow her. The enthralled creatures are led back to her twisted zoo where, using a formula found in the “Perpetual Pendulum of Ponderous Persuasion”, she mutates them into aggressive variations of their normally docile selves.

While The Dark Shepherdess was away on one of her recruiting missions, the Adventuring Hero brazenly infiltrated her lair and pilfered the “Perpetual Pendulum of Ponderous Persuasion”. As the Adventuring Hero lacks any form of subtlety, the Dark Shepherdess was easily able to deduce the identity of the thieving charlatan. Since then, she has waged a war of revenge on the Kingdom of Good for housing the fool who kicked her metaphorical hornet’s nest. The once solitary beastmaster now bears down on the citizenry beside her corrupted menagerie…”

The Dark Shepherdess is one of the 8 Overlords that players can choose in Overlords of Infamy. Stay tuned as we’ll be introducing new Overlords throughout the coming weeks!