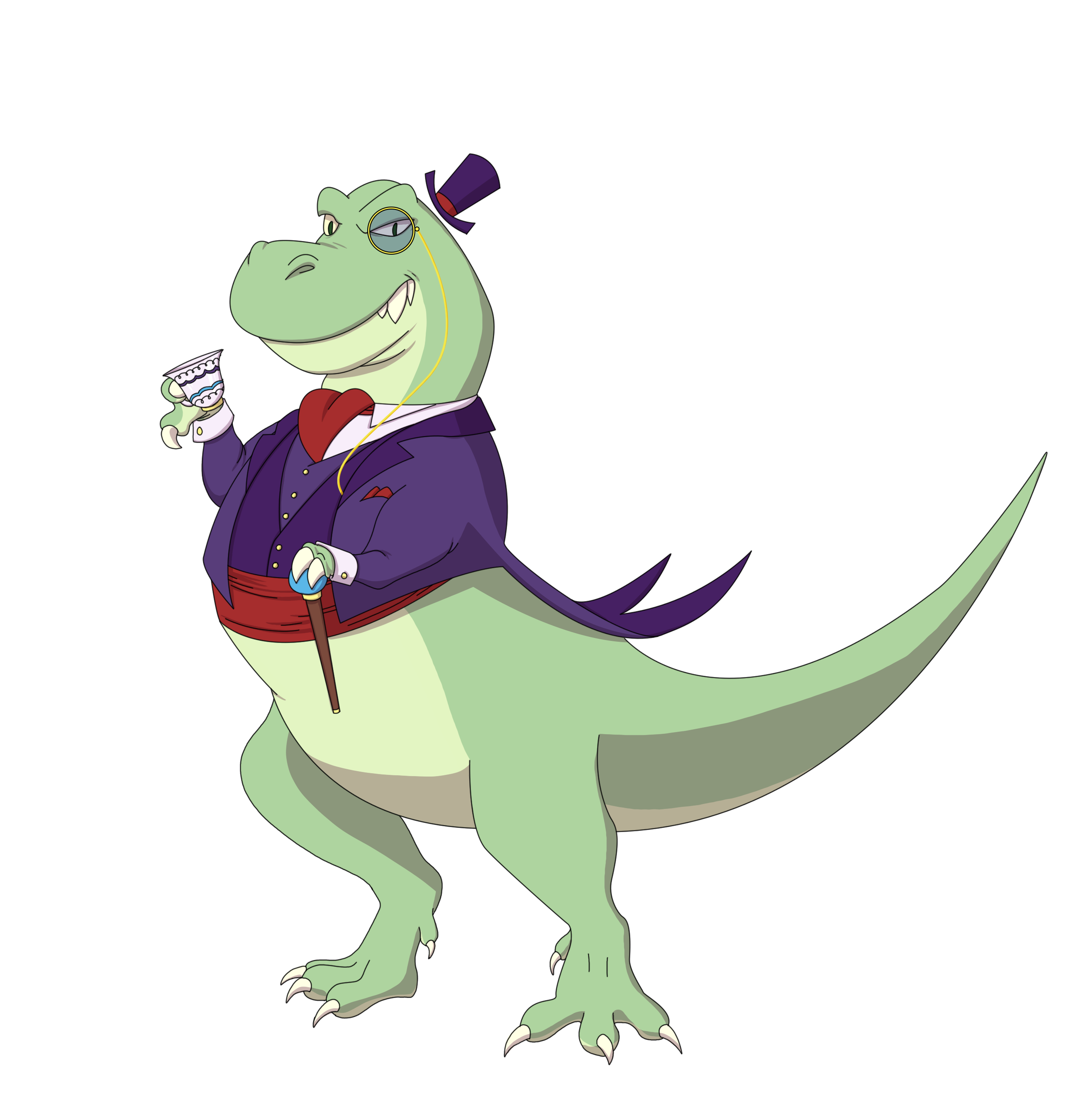 Tyrano de Bergerac is the perfect example of a Cretacean gentleman. Easily the oldest living creature on Fred, Tyrano de Bergerac is the only known being to drink from the legendary Fountain of Youth. One fateful afternoon, a bright ball of fire was seen growing larger and larger in the sky. Tyrano ran blindly as far and fast as he could in a futile attempt to escape the asteroid crashing down onto Planet Fred. Suddenly, as the inevitable collision occurred, the ground opened up and swallowed him. He fell and fell for what seemed like ages before landing in a cool, soothing body of water – The Fountain of Youth.

De Bergerac spent many years swimming in the rejuvenating waters while waiting for the dust to clear above. After a time, he climbed to the surface to survey the chaos, and found that while he was the last of his kind, against all odds, there were many other surviving species. In the millions of years that followed, Tyrano took extended periods of hibernation, waking up periodically to check the evolutionary progress of the planet’s inhabitants, while simultaneously brushing up on his manners and social niceties.
Having already lived through a mass extinction, Tyrano saw the benefits that such an event held in propelling the surviving species forward, which led him to wonder about what would happen if another extinction level event occurred. How greatly would life on Fred improve?

Then and there, Tyrano de Bergerac decided that it was his responsibility to once again hit the reset button on Planet Fred. He might as well spread a little desolation and despair while figuring out just how he would do so…

CHARMING PERSONALITY: Once per turn, Sir Tyrano de Bergerac may spend one Action Point to pick an opposing Overlord’s Lackey in any Zone of Influence that he is adjacent to. Move this Lackey to any open Basic Resource space or village within the same Zone of Influence, then Harvest the associated Basic Resource or Lackey. Then move the World Tension tracker as normal.